A fully-automated, low-energy sensor system was developed to take periodic measurements of environmental parameters correlated with the evolution of microbiota in wineries and creameries. Environmental data collected as functions of time and space is required to complement genetic data obtained from sample collections.  The system design minimizes maintenance of sensor nodes and allows for convenient access to the data from remote locations. Sensors collect data periodically and transmit wirelessly to a receiver where it is formatted and uploaded to the internet. The operation of the sensor system is illustrated by presenting air monitoring data collected in the UC Davis Teaching Winery and in a commercial winery. 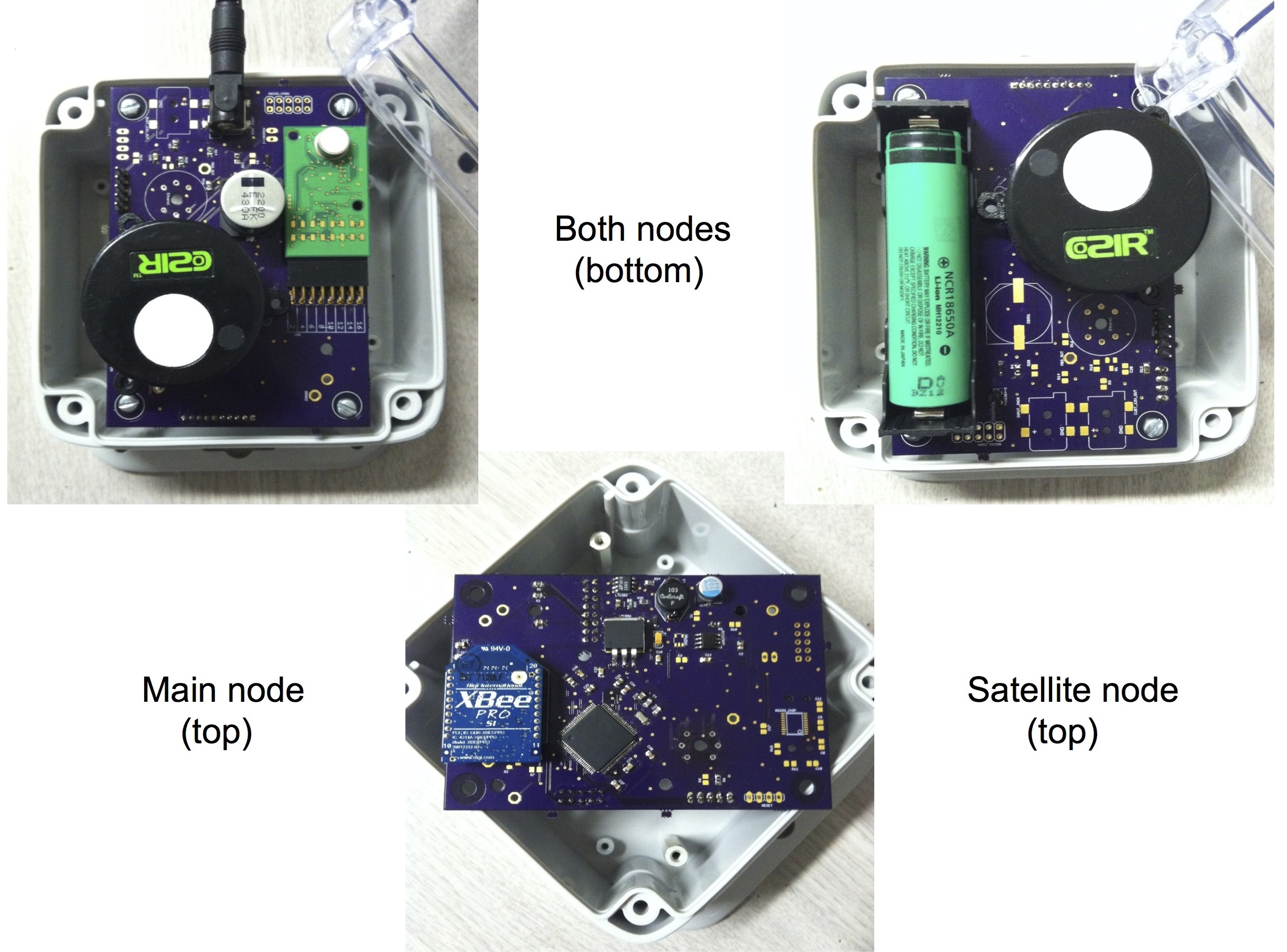 Two types of sensor nodes were developed. The main node accommodates sensors demanding large powers and has a wired power connection. The main node collects CO2, relative humidity, temperature, and VOC data and has an option to monitor dust particle concentration. Figure 1 shows the system diagram for the main node. The second node is an untethered satellite node that only uses sensors consuming low average energy and collect CO2, relative humidity, and temperature data. The satellite nodes are located in various hard to reach locations throughout the buildings and designed to operate from a battery for several months. Strategies were implemented to conserve power on the satellite node. 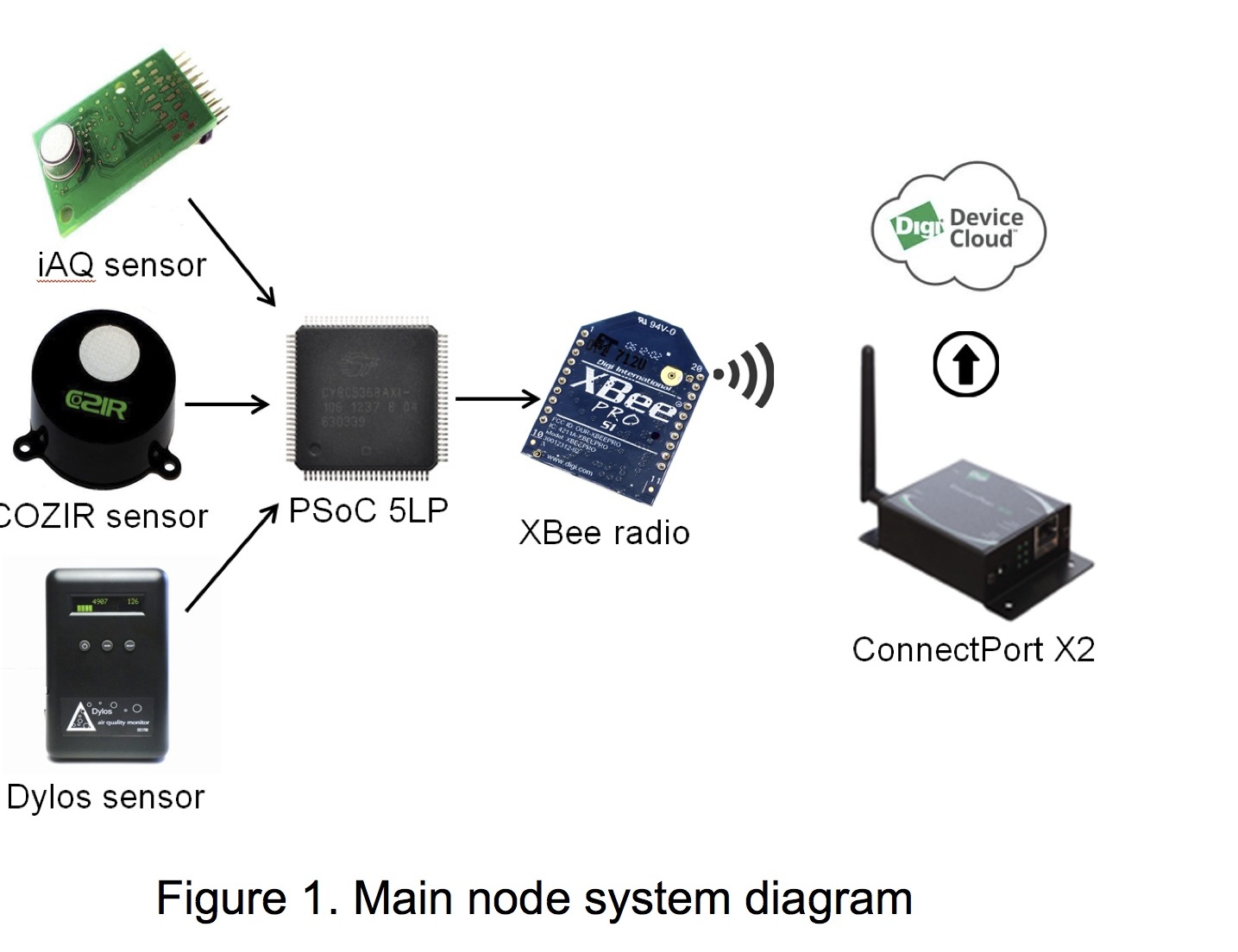 A wireless point-to-multipoint network topology using IEEE 802.15.4 communication protocol was implemented. This achieves low-cost, low-energy, two-way wireless communication in a static sensor network that uses small data packets that are transmitted infrequently. The data from each node is sent  to a single, centrally located receiver (ConnectPort X2) that places the information onto the cloud. Error checking code was implemented by sending a checksum along with the data. Upon detection of an error, an automatic repeat request occurs. In the event of consecutive data transmissions not being received correctly, a retry delay is implemented on the PSoC microcontroller to prevent the XBee radio from draining the battery with constant retransmissions.

The data collected during five days of fermentation at the UC Davis winery show daily patterns in temperature and humidity, due to the fact that there are doors open during the working period that are then closed at the end of the work day. This results in air cooling within the building and increasing humidity as wet surfaces from cleaning begin to dry out. The increasing peak heights of the VOCs is due to increasing juice volume that is actively fermenting in the wine tanks.

Data was collected during five days of cheese ripening at a commercial creamery. The satellite nodes collecting data in rooms neighboring the main node provides evidence of how air environment changes in one room affect the same parameters in other rooms. More specifically, the satellite nodes offer a mapping of the indigenous vs introduced organisms in each room. The introduced organisms can appear due to movement of people in and out of rooms or air flowing room to room. This information gives insight into ongoing indoor air parameters enabling decision-making based on real-time physical evidence.